The first ray of the morning sun is touching upon the highest point of Africa, Mount Kilimanjaro. The retreating glaciers and the African plains are also glimmering in the approaching light. And what’s best to enjoy the nature’s spectacle than to engage in a 8-day long strenuous trek up Kilimanjaro’s summit along the Western Breach route. Kilimanjaro offers one of the breathtaking treks in the world where one encounters diverse ecological zones, rare flora and great wildlife diversity. The most dramatic part of the entire trekking experience is the tundra below the glaciated slopes. The final journey that leads to the summit is a long exhaustive one that includes an ascent all night, conquering the summit and the descent down the fields and meadows. A visit to the Serengeti and Ngorongoro National Parks would add an extra attraction to Kilimanjaro adventure. Barring the monsoons in April/May and November, trekking on Kilimanjaro can be attempted throughout the year. 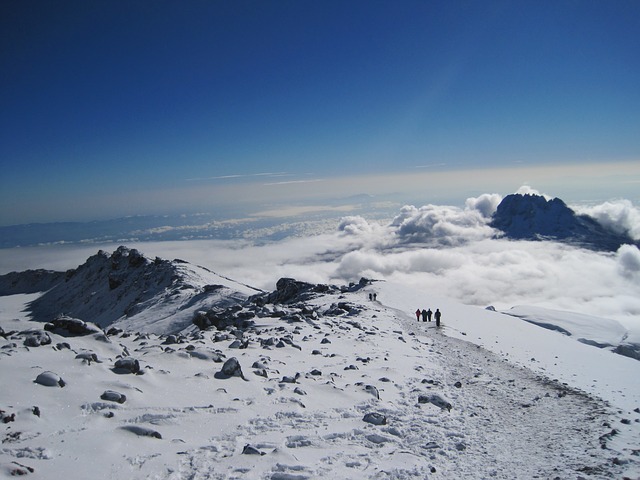 Although the climb is technically easy, the altitude, low temperature, and occasional high winds often throw challenges to the trekkers. About 10 climbers die from altitude sickness while attempting the Kilimanjaro every year.

About Kilimanjaro: Mount Kilimanjaro in northern Tanzania, near the border with Kenya, is the highest peak in Africa with a height of 5,895.

The journey from the base to the peak of Kilimanjaro is like travelling from the Equator to the Antarctica, the reason being the route to the Uruhu peak crosses through different ecological zones. Throughout the climb, trekkers and climbers would face varying temperatures with the changing altitude and time. Mount Kilimanjaro features five major ecological zones, each approximately 1,000 metres in altitude. 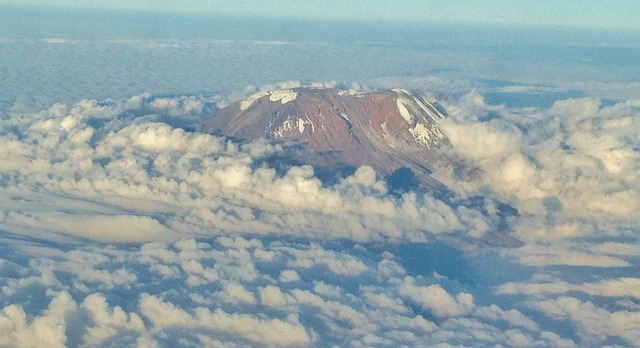 It is required to have a licensed guide to climb Kilimanjaro. Current park entry and camping/hut fees are over $100 per day. Most climbers are accompanied with porters. All inclusive trips range from about $800 to $5,500.

There are six officially sanctioned routes for climbing the mountain and two routes for descent. These routes include: Machame, Marangu, Rongai, Lemosho, Umbwe, Shira and Mweka (descent only).

Marangu route (also called the Coca-Cola Route) is the most popular route to the summit. Generally, it takes 5 to 6 days to complete the climbing/trekking, depending on whether one chooses to spend an extra day for adapting to the altitude.

Machame Route (also called the ‘Whiskey Route’) is often said to be the most beautiful route up Kilimanjaro. Machame is more preferred by the more adventurous hiker.
Lemosho Route is more remote when compared to the other two routes. Climbers and trekkers pursuing this route would require an armed ranger since the forest area surrounding this route is home to great many wild animals.
Rongai Route gives access to Kilimanjaro from the northeastern side of the mountain, along Tanzania and Kenya border.

Kilimanjaro is the nearest international airport.
Guides for Kilimanjaro trip: