While much of the nation is of British and French descent, Canada is home to a mosaic of multicultural communities. Here’s a look at the best places to visit in Canada. 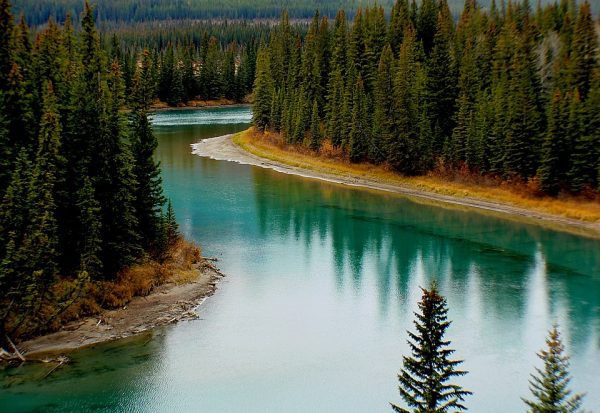 While it’s located in north-eastern Nova Scotia, Cape Breton Island was once its own independent colony until it was forced to merge in 1820. As it welcomed thousands of Scottish expats in the early 19th-century, it remains the only place in North America where you’ll hear Gaelic spoken.

Amongst its spectacular landscapes, the highlight is undoubtedly Cape Breton Highlands National Park with its phenomenal Cabot Trail and gorgeous lookout points. Don’t forget the scenic fishing villages such as Bay St. 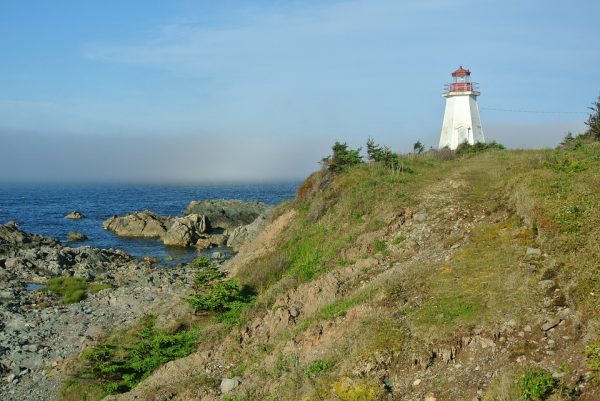 The second largest city in Canada after Toronto, Montreal is the cultural and financial capital of the Quebec province. Boasting the largest French-speaking community outside of Paris, France, Montreal is a bustling metropolis comprised of a downtown district, a historic quarter, entertainment district and several distinctive neighborhoods.

Montreal’s main sights include downtown skyscrapers like the Olympic Tower, the historic buildings of Old Montreal and several family attractions like theme and water parks. 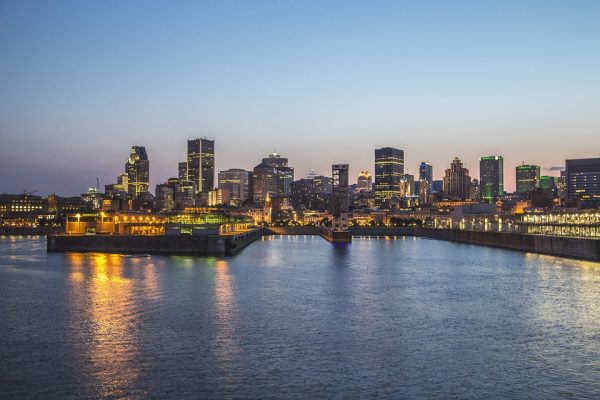 Thanks to a couple of spectacular mountains called Whistler and Blackcomb, the Whistler resort is the largest and most famous alpine ski destination in North America.

Located in the Coast Mountains of British Columbia, Whistler is a two-hour trip from Vancouver along Canada’s most scenic drive, the Sea-to-Sky Highway. At the base of the two mountains are three quaint villages, Whistler Village, Creekside and Upper Village.

The Peak 2 Peak gondola transports visitors from the villages to the mountains. 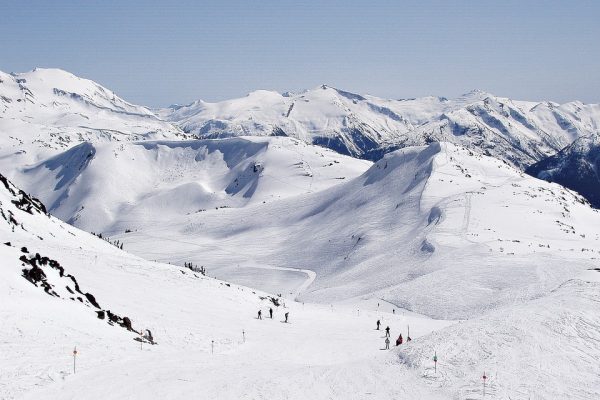 Vancouver Island, named after the British explorer George Vancouver, is the largest island off the West Coast of the North American continent.

Located across from Washington State, it is accessible by ferry through the San Juan Islands from Anacortes, from Port Angeles on the state’s Olympic Peninsula, or from Vancouver on mainland British Columbia.

Vancouver Island is famous for the quaint city of Victoria, the gorgeous Butchart Gardens, the surf town of Tofino and the wilderness in the north, where one can catch a ferry to Prince Rupert, and another to Alaska from there. 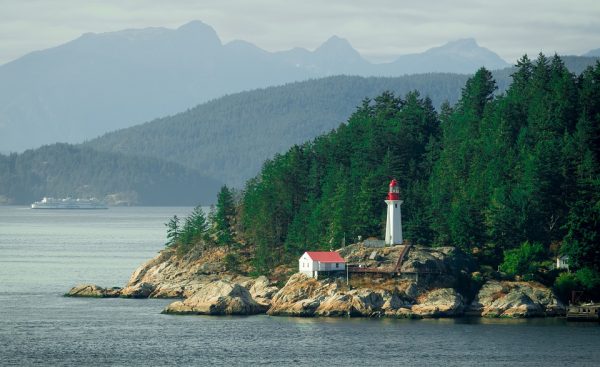 Quebec City may be the capital of the Quebec province in eastern Canada, but its French heritage, architecture and language make it appear more like a charming European village. Perched on a hill overlooking the St.

Lawrence River is Vieux Quebec, the city’s historic district. A walk along the cobblestone streets of the Old City offers encounters with attractions like the Citadel and the Place-Royale, the area where explorer, Samuel de Camplain, established the first North American-French settlement.

The city’s icon, the stunning Chateau Frontenac, is regarded as the most photographed hotel in North America and offers tours even without an overnight stay. 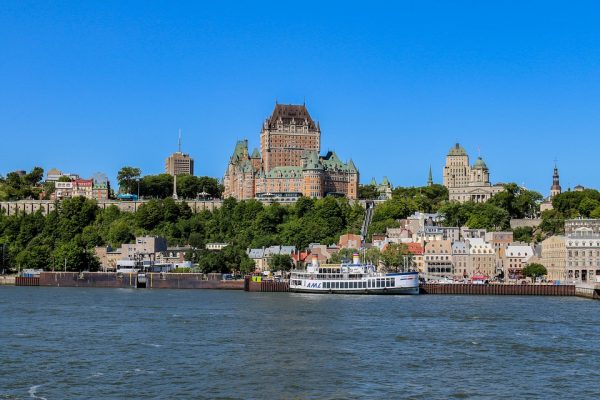 The capital of Ontario, Toronto is the most populated city in Canada as well as one of the largest cities in North America.

With a large number of ethnic districts like Chinatown, Little India and Little Italy, Toronto is also one of the world’s most culturally diverse cities. The city’s main tourist draws range from impressive landmarks such as the iconic CN Tower and the fairy tale castle of Casa Loma.

Additionally, the Toronto Islands are a popular destination with beaches and outdoor activities. 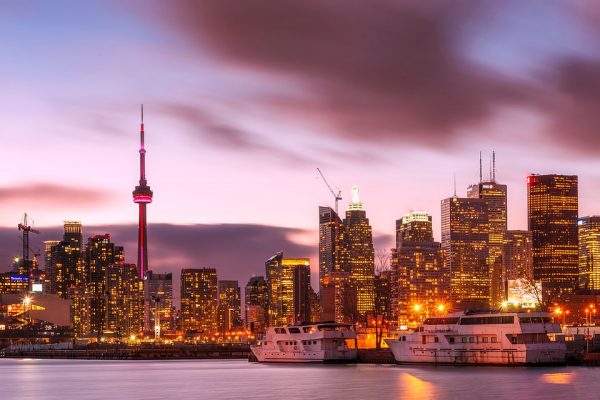 The small town of Churchill is undoubtedly the biggest tourist draw in northern Manitoba, at least during the fall.

That’s when the polar bears move inland, giving Churchill the nickname, “Polar Bear Capital of the World.” October and early November are good times to take in this polar bear migration, but boat tours along Hudson Bay take tourists to them in the summer as well.

Sometimes, the bears wander into town where they’re put in “jail” until they can be released back into the wild. July and August are popular times to visit also, since that’s when thousands of beluga whales are migrating. 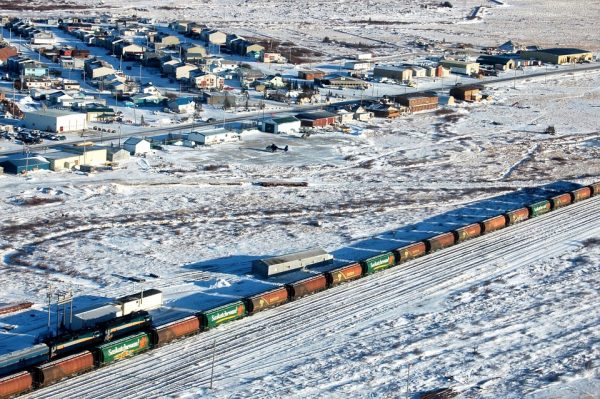 Niagara Falls is a series of three awe-inspiring waterfalls situated on the border of Canada’s Ontario and the United States’ New York. The Ontario side of the Falls is called Horseshoe Falls and offers the best views and most attractions.

The immediate area surrounding the Falls is a premier tourist spot teeming in observation towers, restaurants, souvenir shops, casinos and high-rise hotels. One of the best places to view the Niagara Falls on the Ontario side is from Queen Victoria Park where the Falls are illuminated and fireworks are displayed nightly during the summer. 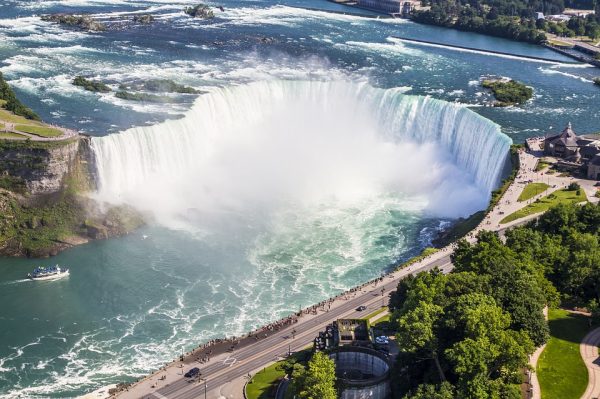 Situated between the Coast Mountains and the Pacific Ocean in British Columbia, Vancouver is favored for its majestic landscapes that present a natural playground where tourists can swim in the ocean, rollerblade through scenic parks and snow ski in the mountains all in one day.

The third largest metropolitan area in the country, Vancouver is one of the most poplar places to visit in Canada. Vancouver’s star attraction is Stanley Park which covers a huge area of woodlands, gardens and green spaces.

Some of the city’s other top sites include Granville Island’s remarkable food market and Chinatown’s vibrant array of shops. 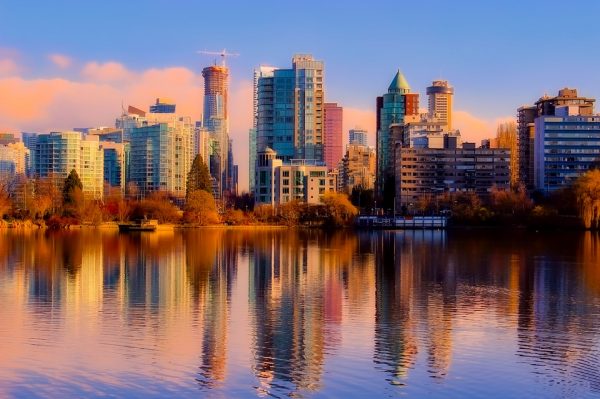 Located in the province of Alberta, the Banff National Park is not only Canada’s first national park, but also one of the nation’s largest and most visited national parks.

The park’s breathtaking scenery and wildlife draw many tourists every year along the Trans-Canada Highway, which passes through the park. Banff National Parks large concentration of wildlife includes mammals like black bears, grizzly bears, bison, moose, wolves and bald eagles. 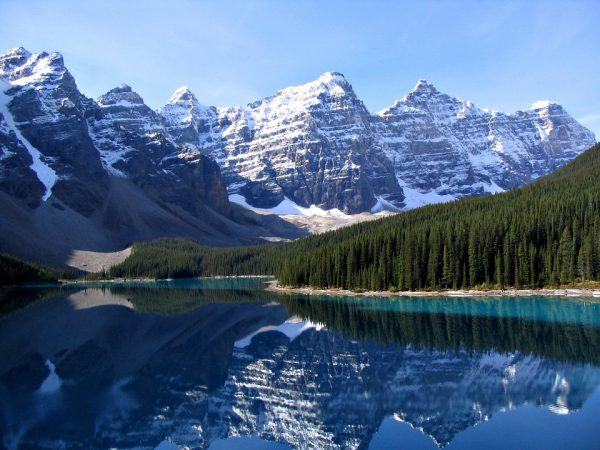