One of the most exciting tours in Budapest is the Jewish Budapest walking tour. If you want to catch the true essence of Budapest and its inner vibe, this is a must-do type of tour. 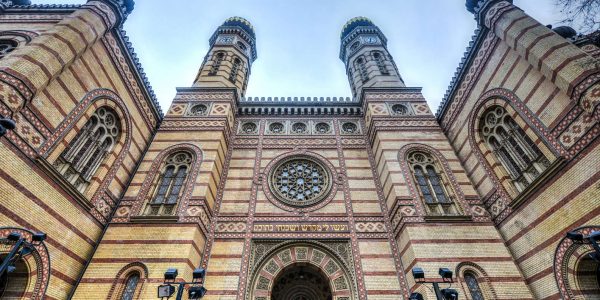 The Jewish quarter in Budapest is under the protection of the UNESCO World Heritage. It takes you not only through the most important religious landmarks, but also through plenty of other cultural, historical, and architectural sites.

Here are the seven most important sights to visit when touring the Budapest Jewish district.

This is the Dohany Street Synagogue, which is also known as the grand synagogue because it is the biggest one in Europe and second-biggest worldwide. The synagogue follows the Moorish style and was designed by the renowned German architect Ludwig Forester in 1859.

The exterior is dominated by two 43 meters brick towers and their eye-catching green onion domes. The inside is evenly impressive with its 3,000 seats, dark hardwood floors, the many classic chandeliers, and the amazing organ that features 4,500 pipes. 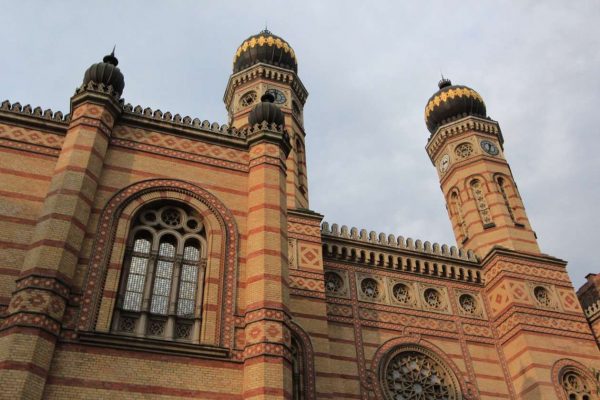 The park is close to the great synagogue and is dedicated to the Raoul Wallenberg of Sweden, for his effort in saving thousands of Jewish lives during the Second World War.

It is a magnificent park in which history is experienced in its every corner.

The tree of life is the main landmark, and it sits on top of a massive Jewish graveyard. This magnanimous sculpture is designed by Imre Varga, a Hungarian sculptor, in honor of all the Hungarian Jews that died during the Second World War.

In terms of appearance, this synagogue is quite modest. However, it is very authentic and less crowded than the grand synagogue. So, if you want to catch some of the vibes that surround the orthodox Jewish community, it is the perfect place to visit. Everyone there is quite friendly and open to any questions. 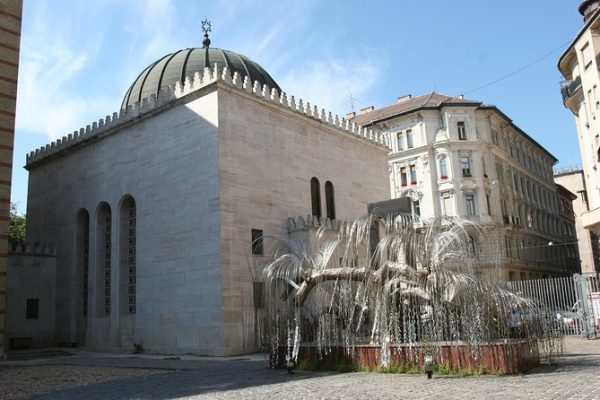 The museum holds over 5,000 artifacts featuring remains from the holocaust, Seder dishes, portions of the Esther Scrolls, and many others. Some of the most valuable artifacts were saved from the Nazis as they were stored in a secret basement. During the Second World War, the museum had a secret gate that helped people safely escape from the Jewish ghetto.

Carl Lutz was a Swiss Ambassador in Budapest in 1942. During the Second World War, he set up more than 70 houses where he harbored Jews from the Nazi occupation. Furthermore, he issued tens of thousands of fake passports and documents to get Hungarian Jews to safety.

According to some estimates, almost half of all Hungarian Jews that survived the holocaust were thanks to his efforts. In a way, he is the Hungarian version of Oscar Schindler.

Officially, the Swiss government didn’t recognize his efforts until 1958 because they considered his actions overstepped his given mandate. The statue that is the central figure in the museum speaks volumes about the significance of his actions.