The Templo de Diana is one of the most notable Roman temples and tourist attractions in Portugal. It is remarkably well preserved even in the present age. It is situated at the center of the town of Evora in Portugal. The temple is in disrepair in some places. It has been declared as a world heritage site by the UNESCO. The Temple of Diana is also referred to as the Temple of Evora. The temple is referred to as the Roman Temple of Evora.

Evora was a significant center for the military right from the 1st century BC. The area was at that referred to as the Libertias Julia as the city was given special privileges by Julius Caesar. The temple is thought to be dedicated to goddess Diana, but there has no proof that has been found regarding this. 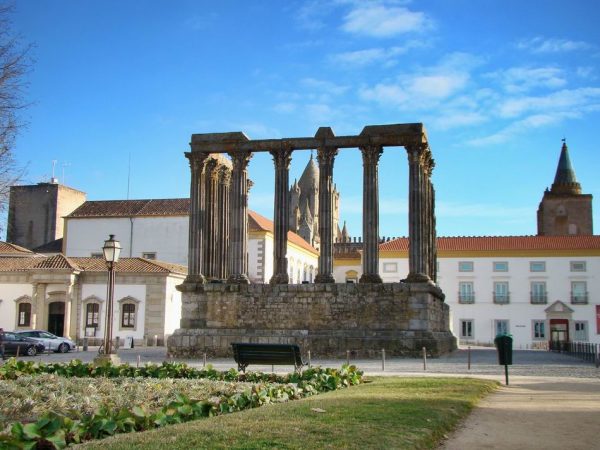 The name of the temple was actually guessed at by a Preist in Portugal who thought it was dedicated to Diana. The temple is said to be linked to Jupiter by archaeologists and experts that have inspected the temple. Jupiter is the roman counterpart of Zeus. The temple may also have been dedicated ton Emperor Augustus, as it is situated in the middle of the old forum.

The remains of the Templo de Diana has a number of attractions. The topmost attraction is the fourteen Corinthian granite columns. These are capped with marble capitals and feature ornate engravings. The temple is in an elevated position on a stone platform. The temple is assumed to be destroyed at the time of the invasion.

Timings
Open all the time.