The Kakadu National Park is among the best known national parks in the world. The park is situated in the northern territory of Australia. From the city of Darwin, the park is about a hundred and twenty four miles ( two hundred kilometers ) as you go in the east direction. The Park featured in the movie “Crocodile Dundee”, which was released in the year nineteen eighty six. There park is one of the most popular destinations with tourists. END_OF_DOCUMENT_TOKEN_TO_BE_REPLACED 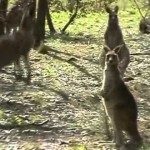 Tidbinbilla Nature Reserve seems right out of Animal Planet, impeccably picturesque and awe inspiring. It is definitely one of Canberra’s most rewarding destinations, with a host of the best in terms of sights, if you are a nature enthusiast. END_OF_DOCUMENT_TOKEN_TO_BE_REPLACED 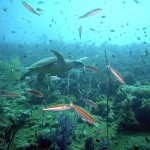