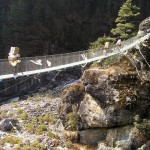 Moun Everest, which towers above Khumbu (one of the three sub regions of the main Sherpa settlement of the Himalayas) at over 29,000 feet, is considered as the toughest challenge and adventure on this planet. Everest base camp trek starts from Lukla to the vast glaciers and the sharp ridgelines of the Himalayas in and around the Everest. END_OF_DOCUMENT_TOKEN_TO_BE_REPLACED 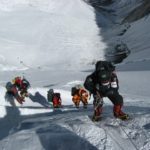 Nepal seizes 1310 snowy peaks and includes 14 peaks above 8000m among which 8 are set in the country. This feature invites more than thousands of visitors from all over the world for Peak Climbing and Mountaineering in Nepal. The peaks ranging from 5587 to 6500 m are known as ‘Trekking peaks’ according to Himalaya standard END_OF_DOCUMENT_TOKEN_TO_BE_REPLACED

Mustang, the former Himalayan Kingdom, just opened for trekking in 1991, and is considered to be a last stronghold of Tibetan culture. If you are looking for an extremely cultural trek has best treeless barren landscapes with grey and yellow rolling hills by the wind END_OF_DOCUMENT_TOKEN_TO_BE_REPLACED