Ski and snowboard enthusiasts recognize that northern Italy offers some of the finest ski runs in the world. Perhaps the most exciting day of skiing the peninsula has to offer is the famous Sella Ronda.

The Dolomite Mountain range in north central Italy is so breathtaking in its beauty it is on UNESCO’s list of Natural Heritage Sites. 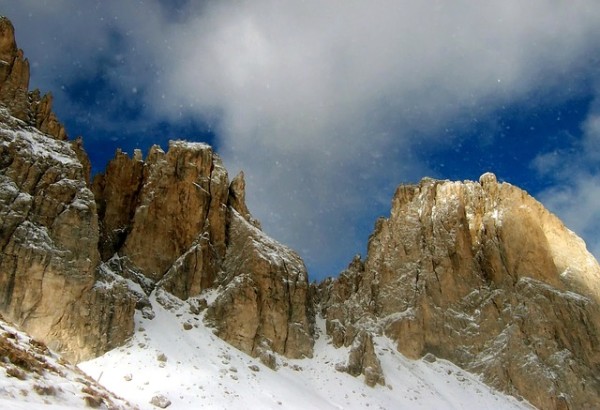 An area of 12 connected resorts in North Central Italy is a skiers paradise. Each resort offers the full range of ski possibilities – from gentle training hills for beginners to heart pounding expert runs used for World Cup Championship races. Add to that over 1200 kilometers of slopes and 460 top of the line lifts moving skiers quickly, and the Dolomiti Superski simply cannot be beat.

The length of the entire circuit is about 42 kilometers (24 miles). With 35% beginner slopes and 65% of medium difficulty, the route is designed for intermediate level skiers. There are a few optional expert runs for the more adventurous. No matter your skill level, the Sella Ronda is a full day effort and requires a good level of physical fitness. 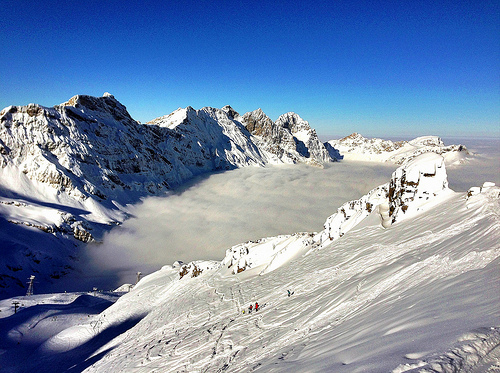 The route can be followed either clockwise or counterclockwise, simply following the well-marked and color-coded signs (orange or green respectively). The highest point you’ll ski is 8185 feet at Arabba, while the lowest is 5036 feet in Corvara. Completing the circuit requires a minimum of 12 lifts and 11 runs. Expect to spend about two hours on lifts and to ride on everything you can imagine, from high speed, very comfortable six man chairs to a huge 80 person gondola or even a single person button lift.

Don’t start the Sella Ronda later than 10:00 in the morning. Most of the lifts close at 4:30, and if you start too late or take too long to finish, you will be stranded. Taxi and bus are service are available, but what could be more embarrassing than riding home in a taxi with your skis?

Even with 42 kilometers of skiing, two of the Sella Ronda runs stand out as better than others.

SASLONG at Val Gardena. This is a terrific, 2.3-mile run. A postcard-like route through trees, Saslong starts at 7,380 feet and offers a 2,752-foot drop in elevation. The piste is wide from start to finish, and due to its eastern-facing orientation, is best tried in the morning.

LA BELLUNESE at Marmolada. Granted, it is billed as an “alternate” run, but the 7.5 miles of holding your breath is worth the extra time. La Bellunese starts off with a bang, a precipitous plunge that seems to last forever. You’ll pass a small lake, then the trail levels out for the final 2 miles into the village of Malga Ciapela. From there, catch the chair lift back to the Arabba ski area. This run is designated as red (intermediate) because it is wide from top to bottom. But the top is very steep, and the vertical drop on this baby is nearly 6,000 feet!