La Gomera is the second smallest among all the islands part of the Canary Island group. The island is situated off the Tenerife Coast, kissing the Atlantic Ocean. The island is shaped almost as a circle, and has a diameter of close to 15 m. 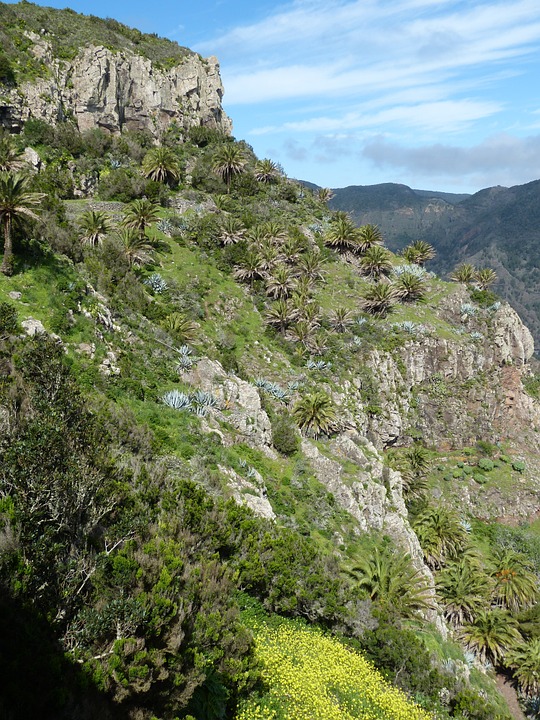 The highest point of elevation on the island is close to five thousand ft at the pinnacle of Garajonay, the tallest mountain on the island. The laurel rainforests in the deep ravines are another attractions. The raciness are shrouded in clouds, which is why the verdant vegetation is thriving.

The rain forest has been declared as a World Heritage Site by The UNESCO. The central portion of the mountains touching the clouds leads to an exceedingly clement climate in the islands. The micro climates at the peak of the mountain make for a great experience.

The Island of La Gomera is an exceedingly rewarding destination for adventure travelers, and offers a huge number of opportunities for such activities as climvbing, trekking, hiking and an assortment of others. The intense micro climates have been a boon to the islanders at La Gomera.

The lower ground of the island is home to a huge number of orchards, vineyards and banana groves, which are irrigated from the water channeled off from the higher areas. There are six municipalities into which the island is divided into, namely, Valleheranoso, Valle Gran Rey, Hermigua, San Sebastian de la Gomera, Alajerao and Agulo.

La Gomera is also famous as the final port of call for Christopher Columbus in 1492, before he embarked on the journey to the Americas across the Atlantic. He is said to have stopped at the island to replenish his stores of water and wine.