Sikkim is situated in the eastern Himalayas under the feet of Mount Kanchenzonga, the third highest mountain in the world. Gangtok is the capital of Sikkim with very less population. The magic of Sikkim has appealed many of the international and domestic visitors. It is known as the most beautiful masterpiece created by god with legendary mountains, high peaks, valleys, fast flowing river, landscapes, nature, glaciers and lot more. The glory and elegance of Sikkim can’t be described in words. The scene sites and the greenery are breath taking. As it is suited where the Himalaya ends the climatic condition is cold with cool breeze. The atmosphere in Sikkim is not polluted due to less population, so the breeze of Sikkim is fresh and pure. Sikkim has a holy heart and it has been proved even with different culture, religion, rituals they all stand in one same platform. For a Sikkim it is not necessary you should be a devotee of their religion.

Sikkim is small and beautiful, but the people in Sikkim are broad minded and openly to the visitors. Their is a blend of different communities, culture, religions, customs which tie and keep the Sikkim people together. The communities are the Lepchas, Bhutias and Nepalese. Much before the exist of Bhutias and Nepalese in the state, the original inhabitant of Sikkim was said to be Lepchas. According to the old traditional the Lepchas were believers in bone faith or moon faith it was on good or bad spirit. They even worshiped spirits of river, mountain and forests which a tribe does with the natural surrounding. Later on they adopted their religion as Buddhism and Christianity.

Sikkim people are warm hearted, simple and friendly in gesture. They love to celebrate any of the occasion or festivals may it be chasing away spiritual or New Year. On such occasions they prepare a drink made from fermented millet and is been served in a bamboo containers with a hollow bamboo pipe. During the festivals they celebrate with full enthusiasm, the most famous dance performed by Lamas in the Gompa courtyard on festivals is mask dance. The specialty of this dance is the costume of Lamas is the painted mask, ceremonial swords and sparkling heavy jewels, this dance is incomplete if theirs no sound of drums, trumpeting of horns and chanting of monks. 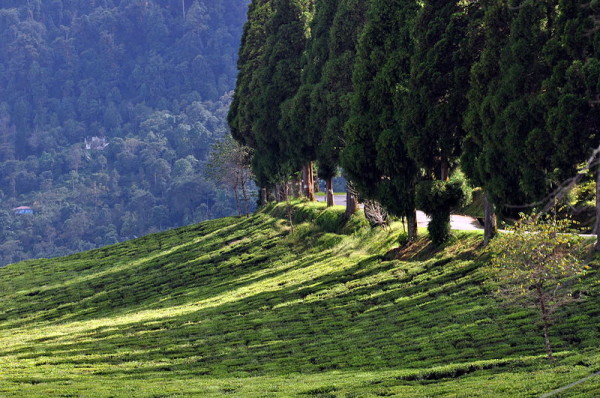 In the Sikkim calendar the list of festivals according to the month are countless. Each community has a different lifestyle even in costumes, ornaments and rituals. Now when it comes to best spots to visit in Sikkim, there are many main and enthusiastic adventurous spots. Sikkim main attraction to people is the snow clad mountain, mountaineering, trekking, river rafting, yak safari, mount biking, hang gliding.Here are some few highlighted famous places to visit the North Sikkim are Kabi Lungtsok, Singiek, chungthang, yumthang, Kanchenzonga national Park. In South Sikkim there are few placed to be worth visited they are Namtse, Tendong Hill, Ravangla, Maenam Hill, Borong, Varsey. Towards the East Sikkim is the very famous directorate of handicrafts & handloom, White Hall, Ridge Garden, Rumtek Dharma Chakra and some famous points.