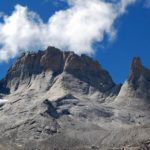 A complete circuit of the Paine Massif in Paine National Park in the Chilean Patagonia is a strenuous trek. The trek moves through mountains, glacial side valleys and magnificent rock towers, the Patagonian Ice Cap and glaciers leading to windy lakes. The weather here is utterly unpredictable with rain, sun and wind making alternative appearance. November through March is the best time to visit the place. END_OF_DOCUMENT_TOKEN_TO_BE_REPLACED 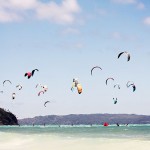 Kitesurfing is an extreme sport that has been getting a lot of emphasis in the last few decades. With the number of people taking up the sport of kitesurfing as a hobby, there is also a rush all over the world to find out the best destinations for it. The five places listed below are some of the best for kite surfers, whether they are experts, intermediates, or just plain rookies. Not only are these places some of the best on the planet to practice your kitesurfing, they are also amongst the most apt places to try out those new moves that you have wanted to try out for so long. These places are also amongst some of the best destinations as beaches, and are seen as great locations to have a fun day. END_OF_DOCUMENT_TOKEN_TO_BE_REPLACED 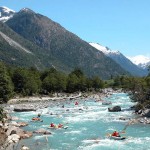 The Futaleufú River is located in the southern part of Chile’s Lake District, in the northern reaches of Patagonia. The river winds from Lago Futaleufú in Argentina through a narrow forested valley before emptying into the lakes near the Golfo Corcovado. END_OF_DOCUMENT_TOKEN_TO_BE_REPLACED 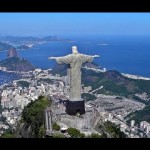 Covering more than half of South America, Brazil is one of the largest countries in the world. It is packed with white-sand beaches, music-filled metropolises, tropical islands and attractive colonial towns that border the 4,600 miles long coastline. Popular tourist attractions in Brazil consist of wetlands filled with exotic wildlife, the intact wilderness of Amazon rainforest, isolated tribes and imposing waterfalls. END_OF_DOCUMENT_TOKEN_TO_BE_REPLACED