Greece is certainly one of the world’s top holiday countries, and as the setting for many Hollywood movies it continues to attract visitors who enjoy popular culture. In addition, the nation has a vast and iconic history, with classical Greek mythology and culture dating back thousands of years. As such, it has a huge array of attractions to visit whether you’re seeking ancient ruins, Greek cuisine, or the simple luxury and paradise of the nations’ islands and beaches. If you’re looking for a holiday where you can enjoy a great climate and visit some of the world’s most highly regarded historical ruins, Greece is the place to go.

Athens, unsurprisingly, should not be missed if you’re heading to Greece and the capital city has much to offer. If you just want to visit one location where you can see a range of historical and important ruins, then Athens is ideal. Overlooking the city is the Acropolis; a site which dates back to 650 B.C. The goddess Athena was worshipped here and, in the Classical period, the temples of the Parthenon, the Temple of Nike and the Erechtheion were built. Meanwhile, the National Archaeological Museum of Athens is one of the world’s top ten museums, and has an incredible display of Minoan, Mycenaean and Cycladic art. 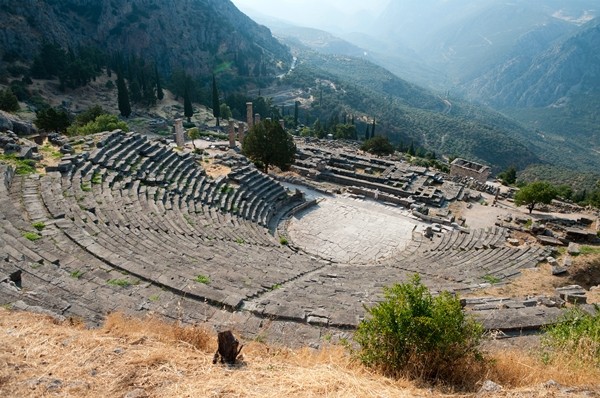 If you’re using cheap car rentals to get around, why not take the opportunity to drive 100 miles north of Athens to Delphi? This site is hailed as Greece’s best cultural attraction, and boasts the Castalian Spring, the sacred Corycian Cave and the Temple of Apollo in one complex. If you want to venture even further afield, a couple of hours drive from Athens is Mycenae, the legendary home of Trojan War victors, the Atreides. The ancient city has Royal Tombs, Cyclopean Walls and Agamemnon’s tomb available for viewing in excavated catacombs.

Away from the mainland, Greece has a number of stunning islands that are easily accessible and also offer the perfect holiday. Mykonos, Naxos and Paros offer the perfect opportunity to indulge in a twin break retreat, with Mykonos offering a thriving nightlife and tourist hotspot, whilst Paros and Naxos allow for a slightly quieter affair. Crete is also a highly popular island for its nightlife, beaches and tourist entertainment. However, in addition to this, Crete holds one of Greece’s gems in the Knossos Royal Palace. The site is fantastic to explore as part of a walking tour, and you’ll be able to discover the legend of King Minos and his Minotaur son. Meanwhile, visiting the Melissnai and Drogati Caves on Kefalonia offer the chance to see stalactites and an underground seawater cave, whilst heading to Santorini by boat will give glorious views of black and brown banded cliffs topped with white lava.

Greece is simply overflowing with ruins, archaeological sites and top global historic sites to explore. In addition, a vibrant modern culture scene exists, with bars, clubs, beaches and resorts offering everything you might want on a holiday. With the extra luxury of a great climate, Greece makes the ideal getaway location.

Hop Around the Greek Islands for Sun and Adventure | UltimateGetaways
Greece – A Honeymoon Destination for Lovers of Beaches and Culture | ExoticHoneymoonDestinations
Things To Do in Corfu, Greece | BeachTraveller
Find Cheap Apartments in Halkidki | BestBudgetHotelReviews
Five top activities to do on the Greek Islands | 100PlacestoTravel
Top Greek Attractions | TheAdventureTravel
A Greek Island Cruise | BestBudgetCruiseLine
Off The Beaten Path in Greece | TravelDestinationGuide
Walking in Crete and Samaria Gorge | TravelDope
Finding the right holiday rentals in Greece | RentForYourVacation